There have been several film, TV, play, and radio versions of "The Gioconda Smile" (1921) by Aldous Huxley, who was born today in Surrey in 1894. "The Gioconda Smile," listed as one of the best mystery short stories of all time, was adapted as the film A Woman's Vengeance (1948) with Charles Boyer and a 1950 play with Basil Rathbone. The story involves a man who faces questions after the death of his wife and his marriage to a much younger woman. This 1945 radio version is from the Molle Mystery Theater.
Posted by Elizabeth Foxwell at 4:07 AM No comments:

The UCLA Film & Television Archive is marking Kirk Douglas's upcoming 100th birthday in December with showings of Douglas films through Sept. 30. They include Posse and Tough Guys (Aug 14), Lonely Are the Brave and Strangers When We Meet (Aug 20; the latter written by Evan Hunter), and The Strange Love of Martha Ivers and Out of the Past (Sept. 18).
Posted by Elizabeth Foxwell at 4:04 AM No comments: 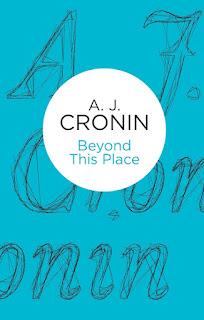 In Web of Evidence Van Johnson returns to the United Kingdom after a long absence to find his father imprisoned for murder and becomes convinced of his father's innocence. Based on the novel Beyond This Place (1950) by A.J. Cronin (The Citadel, The Keys of the Kingdom, etc.), the film costars Vera Miles, Bernard Lee, Emlyn Williams, and Leo McKern. 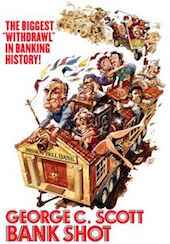 Of related interest: clips from the soundtrack for Bank Shot.

Lucy Sussex, who has recently published a book on Fergus Hume (author of The Mystery of a Hansom Cab, 1886) and was instrumental in recovering the work of early Australian mystery writer Mary Fortune, has discovered Fortune's grave. Although Fortune wrote more than 500 detective stories in her lifetime, she is not the first female detective-story writer; New England's Harriet Prescott Spofford predates her with works such as "In a Cellar" and "Mr. Furbush."
Posted by Elizabeth Foxwell at 4:08 AM No comments:

The life and times of Clarence Darrow.

On the radio program University of the Air, lawyer-professor Dean A. Strang (author of Worse Than the Devil: Anarchists, Clarence Darrow, and Justice in a Time of Terror) discusses the career of Clarence Darrow (1857–1938), who was defense counsel for Leopold and Loeb in 1924.
Posted by Elizabeth Foxwell at 4:07 AM No comments:

This 30 May 1955 episode of Producers' Showcase features Humphrey Bogart reprising his 1936 role as gangster Duke Mantee, who takes as hostages Henry Fonda (in the Leslie Howard part) and Lauren Bacall (in the Bette Davis role). Jack Warden, Richard Jaeckel, and Jack Klugman appear in supporting parts. Directed by Delbert Mann, the episode is based on a play by Robert E. Sherwood.