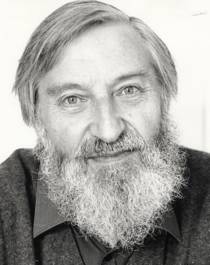 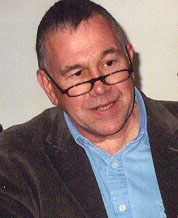 Two British authors celebrate birthdays today. The multitalented Simon Brett (radio producer and author of many mysteries, including the recent The Stabbing in the Stables) turns 61. One of his novels, A Shock to the System, was made into a 1990 film with Michael Caine. You can listen to an excerpt of Simon reading from Murder in the Museum (where he does all the characters' voices) from my radio show "It's a Mystery" here.

The energetic Anne Perry celebrates her 68th birthday today. Author of two Victorian mystery series (most recently, Dark Assassin), a WWI series (most recently, Angels in the Gloom), and numerous short stories and novellas, she just sold a standalone to Ballantine (according to Publishers Weekly) that will deal with a woman in the Byzantine empire seeking to exonerate her condemned brother. (Photo credits: Brett: Jason David Hall; Perry & Foxwell: Dean James)
Posted by Elizabeth Foxwell at 8:58 AM No comments:

October 15th sure is a popular day for birthdays in mysterydom:
Scribner's famed Max Perkins was Van Dine's editor. William Powell played Philo Vance in several films, such as The Canary Murder Case; go here for photos from these movies. You can read Van Dine's well-known Twenty Rules for Writing Detective Stories from 1928 (modern readers may disagree with some of his assertions, such as never featuring a love story in the plot or the detective as the culprit).
Posted by Elizabeth Foxwell at 10:50 AM No comments:

Under the pseudonym J. D. Robb, Roberts writes a mystery series set in the future featuring lieutenant Eve Dallas. I'm particularly fond of Witness in Death because of its bitchy theater setting and a sure-fire hook: an actor dies on stage during a performance, where the entire audience, including Dallas, is witness to the murder. Roberts knows how to tell a story, and the reader is guaranteed a good time with any of her books.
Posted by Elizabeth Foxwell at 1:15 PM No comments:

Today marks what would have been Graham Greene's 102nd birthday (he died in 1991).

Greene distinguished between what he called his "entertainments" (e.g., Stamboul Train, A Gun for Sale, Our Man in Havana, and The Confidential Agent) and his more mainstream novels (e.g., Brighton Rock), although the latter works often possessed crime elements.

Noted Simon & Schuster editor Michael Korda observed Greene at work and makes some interesting comments on Greene's work habits in his book Another Life: A Memoir of Other People (1999). There's a new book out on Greene: Characters and Plots in the Fiction of Graham Greene by Robert L. Gale.

Go here for excerpts from a 1969 BBC interview with Greene. For those wild for zither music and that mysterious character Harry Lime, I'll be broadcasting a radio production of Greene's The Third Man on my radio program "It's a Mystery" today at 11 AM ET. It stars Joseph Cotten and Evelyn Keyes. The program is Webcast here.

Posted by Elizabeth Foxwell at 8:25 AM No comments: