Mystery author and Oxford professor John Innes Mackintosh Stewart, aka Michael Innes, was born today in Edinburgh in 1906. The creator of a long-running series with Sir John Appleby, Innes also wrote the novel Christmas at Candleshoe (1953), which was adapted as Disney's Candleshoe (1977) with screenplay work by Rosemary Anne Sisson (e.g., Sayers's Have His Carcase with Edward Petherbridge). In the film, unscrupulous David Niven thinks there is a cache of treasure in the house of Helen Hayes and enlists Jodie Foster to help him find it.

Posted by Elizabeth Foxwell at 4:01 AM No comments:

University of the Air: Bernard Herrmann.

Was William Breen at that moment on a train or an airplane on his way to unextraditable ease with a few hundred thousands of the bank's funds in a modest suitcase at his feet? Mr. Vane knew how it could have been done. He had worked out a perfect system years ago. Now, of course, it would be too late—for him. Why hadn't he done it first? He pretended he believed it was his moral uprightness that had prevented, but as a matter of fact he was afraid of airplanes and got desperately seasick even in a rowboat on the lake. Of such things are virtue made sometimes. (Crime in Corn Weather 51)

A tyrannical banker from a rural town in the Midwest disappears, and his neighbors suspect foul play in Mary Meigs Atwater's only mystery novel. Atwater's focus is the effect of the event on the residents, and there is a great deal of wisdom in her observations of people seeking to capitalize on the case (merchants, reporters) and those with sadder legacies (a World War I veteran, a young woman, a henpecked husband). Younger readers may not know what a switchboard is, and there is one appearance of the six-letter "N" word (in reference to a lawn jockey) that contemporary readers may find disconcerting.

Mary Meigs Atwater (1878–1956) was referred to as the "dean of American handweaving" and as "gun toting" and "chain smoking" in the Interweave Press 1992 reprint of Crime in Corn Weather (iii). She was a granddaughter of Montgomery C. Meigs, the Union quartermaster general during the Civil War who later played a key role in the development of Arlington Cemetery, the Pension Building (now the National Building Museum), and the Washington Aqueduct. Her sister, Bryn Mawr professor Cornelia Meigs, received a Newbery Medal for Invincible Louisa, a biography of Louisa May Alcott. In the Interweave Press edition of Crime in Corn Weather, there is a tantalizing reference to an unpublished mystery manuscript by Atwater.
Posted by Elizabeth Foxwell at 4:02 AM 1 comment:

Baroness Emmuska Orczy was born today in Hungary in 1865. In The Emperor's Candlesticks, based on the Orczy novel of the same name, William Powell and Luise Rainier are rival agents using candlesticks to convey secret messages. Robert Young and Maureen O'Sullivan costar.

Boston College's "The Law in Postcards." 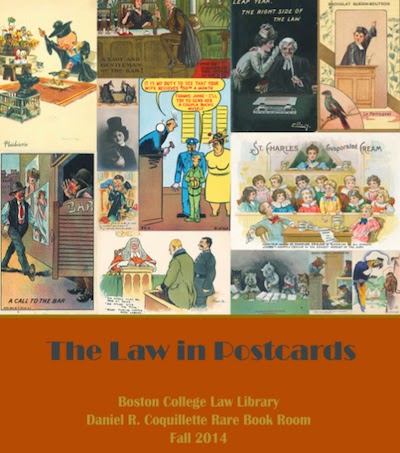 Boston College's Law Library is featuring the exhibition "The Law in Postcards" based on a collection donated by Michael H. Hoeflich (University of Kansas). Some of the postcards may be viewed online. Themes include animals, bars, divorce, female lawyers, holidays, humor, kids, love, and money. The exhibition will be on display until early 2015.
Posted by Elizabeth Foxwell at 4:01 AM No comments: 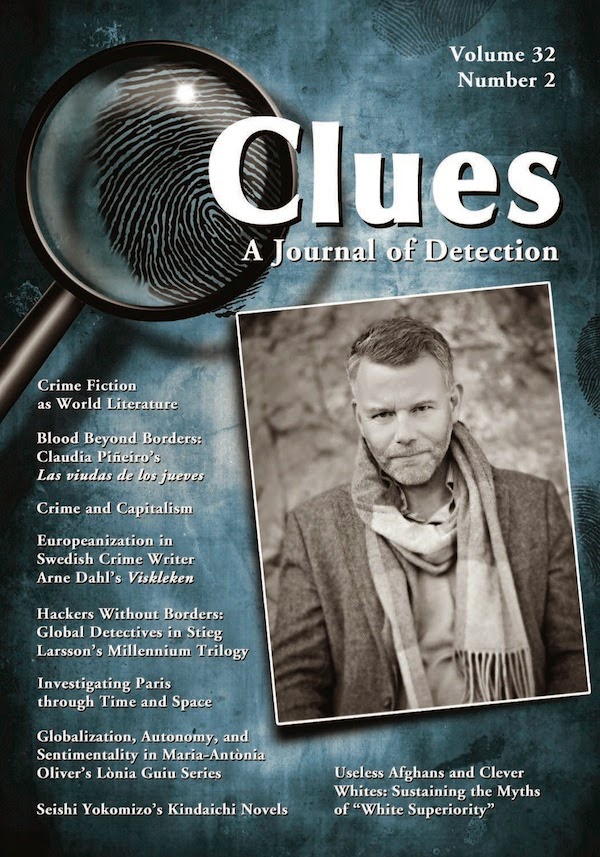 Just published is vol. 32, no. 2 of Clues: A Journal of Detection—a theme issue on global crime fiction guest edited by Stewart King (Monash University) and Stephen Knight (University of Melbourne). If interested in ordering the issue or subscribing, email McFarland.

The cover features Swedish author Arne Dahl. The table of contents follows below. I will add links when available.

The Challenge of Global Crime Fiction: An Introduction
STEWART KING AND STEPHEN KNIGHT

Crime Fiction as World Literature STEWART KING
This article explores crime fiction within a world-literature framework. It argues that the study of national traditions can blind us to the dialogue across borders and languages between texts and authors. It proposes a reading practice that aims to develop a more nuanced understanding of this truly global genre.

Hackers Without Borders: Global Detectives in Stieg Larsson’s Millennium Trilogy NICOLE KENLEY (University of California, Davis)
The article argues that Stieg Larsson’s Millennium Trilogy is a response to the challenges of mediating digital crime. It suggests that as the technological aspects of global crime threaten to dissolve national borders, Larsson’s novels offer the computer hacker as a detective figure capable of partially managing these emerging threats.

Read more »
Posted by Elizabeth Foxwell at 11:41 AM No comments:

The tumblr site of the Digital Public Library has posted a cover of Anna Katharine Green's Three Thousand Dollars (1910) as an example of early-20th-century book cover design. The book is about, according to the Woman's Home Companion that serialized it, "the romantic adventures of a beautiful girl and the problem of a secret safe."
Posted by Elizabeth Foxwell at 4:04 AM No comments:

John Creasey, thought to be one of the most prolific mystery authors ever, was born on September 17, 1908, in Surrey. The TV series Gideon's Way (aka Gideon C.I.D.) with John Gregson was based on Creasey's novels under the pseudonym J. J. Marric. These featured Scotland Yard's George Gideon (played by Jack Hawkins in the film Gideon's Day) and are important in the history of the police procedural. This episode, "The Tin God" (Nov. 1964), stars John Hurt in a tale about a gangster wanting revenge on the wife who put him in prison.

Opening on October 3 at the Portland (ME) Public Library is "The Pulps," an exhibition of original cover art for the pulps that will include Tarzan, the Shadow, and Doc Savage. The exhibition, cosponsored by the Maine College of Art, will run until December 26.
Posted by Elizabeth Foxwell at 4:03 AM No comments:

Director Andrew McLaglen, son of actor Victor McLaglen, died on August 30 at age 94. Known for his work in Westerns (such as Gunsmoke), he also attracted early attention for his crime film Man in the Vault, in which locksmith William Campbell (Star Trek) is pressured by a mobster to steal $200,000 or face dire consequences to his girlfriend. Anita Eckberg and Paul Fix also star. 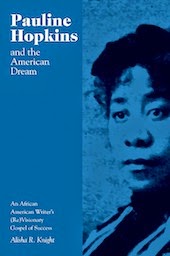 Mystery Brewing Co. in Hillsborough, NC, produces rustic ales, and its taproom has a library. Its resident historian-librarian, Sarah Ficke, posts weekly on recommended books, which often are mysteries. One featured work, Contending Forces, is by early African American mystery pioneer Pauline E. Hopkins (best known in mystery for "Talma Gordon").
Posted by Elizabeth Foxwell at 4:05 AM No comments:

It also notes the upcoming exhibition that will open at the Skirball Cultural Center on October 23: "Light & Noir: Exiles and Emigres in Hollywood, 1933-1950."


Posted by Elizabeth Foxwell at 4:02 AM No comments:

Most people are familiar with the 1957 film starring Henry Fonda as the juror who isn't so sure that the defendant in a murder trial is guilty, but there was also an earlier Studio One version directed by Franklin Schaffner and starring Robert Cummings, Franchot Tone, Norman Fell, and Edward Arnold.