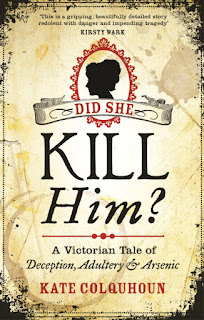 The New Milford (CT) Historical Society and Museum is hosting the exhibition "Florence Maybrick: The Mystery of the Dress." The American-born Maybrick (1862–1941) was convicted of killing her husband, James, in 1889 (although her husband was fond of taking arsenic, and a case could be made for the mental incompetence of the judge at her trial). She served 14 years in prison and was pardoned by King Edward VII in 1904. She returned to the United States, living in Connecticut. The museum is seeking artifacts related to Maybrick's time in Connecticut to add to the exhibition.
Posted by Elizabeth Foxwell at 4:07 AM No comments:

Train of Events tells the stories of people involved in a train crash, including a man who has killed his cheating wife and placed her body in a basket. The cast includes Peter Finch, Valerie Hobson, Michael Hordern, and Miles Malleson.

The deadline is October 1, 2019, to submit to the Clues theme issue on "Genre-Bending: Crime's Hybrid Forms" that will be guest edited by Maurizio Ascari (University of Bologna). 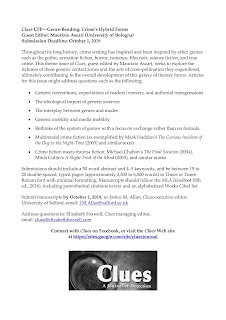 In Dead of Night, a man fears that his recurring dream foretells dire events to come. Michael Redgrave (as a disturbed ventriloquist), Googie Withers, and Miles Malleson star. 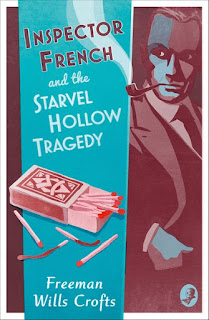 Joseph, a 12-year-old mystery enthusiast and scholar-in-residence, has curated the exhibition "A Century of Mystery and Intrigue" at Florida State University Library's Special Collections and Archives, which involves trains and includes such works as Freeman Wills Crofts's Inspector French and the Starvel Hollow Tragedy (1927). Joseph writes here about the exhibition, which will remain on view until December 20, 2019 (see also FSU story). Questions about the exhibition (and perhaps Joseph's work at the library) can be directed to preservation librarian Hannah Wiatt Davis.
Posted by Elizabeth Foxwell at 4:08 AM No comments:

This short-film follow-up to The Wall-Street Mystery once again is written by S. S. Van Dine and features Donald Meek as criminologist Dr. Crabtree and John Hamilton as Inspector Carr. This time, they contend with stolen gems and two deaths.

The talents of Charles Altamont Doyle.

Through September 23, the Huntington Library is featuring an exhibition of work by Charles Altamont Doyle, the troubled artist father of Arthur Conan Doyle. The Doyle family had significant artistic talent: Charles's father, John, was a political cartoonist; his brother, Richard, was an illustrator; and his son, Conan Doyle, showed substantial ability in his own sketches. Given Conan Doyle's belief in fairies, the fairy subject matter of several of his father's works may be of interest.

In Dual Alibi, Herbert Lom plays twin trapeze artists who compete for the same woman and become entangled in murder. 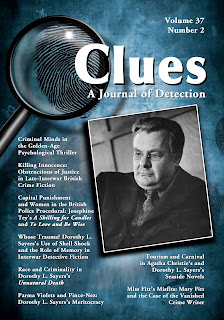 The volume 37, no. 2 (2019) issue of Clues has been published, which is a theme issue on interwar mysteries guest edited by Victoria Stewart (University of Leicester, UK). See below for the abstracts. To order the issue, contact McFarland.

Detecting Histories, Detecting Genealogies: The Origins of Golden Age Detective Fiction / STACY GILLIS (University of Newcastle, UK). This article traces interwar attempts to define detective fiction, with an emphasis on how critics such as Dorothy L. Sayers, H. Douglas Thomson, and T. S. Eliot traced its origins in classical, biblical, and more recent texts. It argues that this demonstrates an anxiety relating to conceptions of literary taste on the part of these commentators.

“The Ghost of Dr. Freud Haunts Everything Today”:
Criminal Minds in the Golden-Age Psychological Thriller / STEFANO SERAFINI (Royal Holloway, University of London). This essay provides new insights into the development of interwar crime fiction by investigating how, and to what extent, two such apparently irreconcilable subgenres as the classic detective story and the psychological thriller interact and intertwine in the work of often-neglected Golden Age writers.

Killing Innocence: Obstructions of Justice in Late-Interwar British Crime Fiction / J. C. BERNTHAL (University of Cambridge). This article analyzes Agatha Christie’s And Then There Were None and Raymond Postgate’s Verdict of Twelve, both written toward the end of the interwar period and published at the outset of World War II. Christie and Postgate interrogate ethics in the British criminal justice system, using the figure of the child-victim to complicate interwar constructions of innocence.

Capital Punishment and Women in the British Police Procedural: Josephine Tey’s A Shilling for Candles and To Love and Be Wise / EVIE JEFFREY (University of Newcastle, UK). This article considers Josephine Tey’s engagement with contemporary capital punishment debates through considering the phenomenon of the “wrongful” arrest. It argues that women are central to the exploration of these debates, particularly when reading the novels as part of the subgenre of police procedurals within the Golden Age of detective fiction.