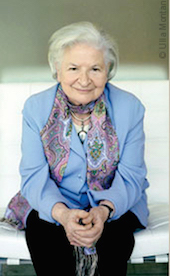 I was late in finding this, but this BBC Radio 4 Great Lives program on P. D. James features author Val McDermid speaking eloquently about the work and sometimes tough life of the late mystery writer. As McDermid recalls, "She was quite mischievous . . . she notably said that she believed the day should start by saying four or five politically incorrect things before breakfast." McDermid also reads a chilling excerpt from A Shroud for a Nightingale.
Posted by Elizabeth Foxwell at 4:07 AM No comments:

Foxwell on American women in World War I. 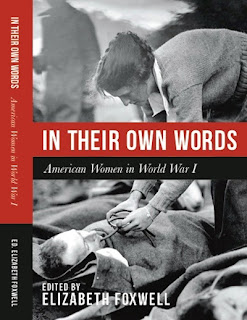 Over on Ed Gorman's blog I discuss my new collection In Their Own Words: American Women in World War I, describing its background, mentioning some of the women featured in it, and discussing their varied roles in the war. As I explain, "I set out to collect first-person accounts of U.S. women that dated from the war period, wanting the immediacy and the 'I was there' point of view." Mystery fans will be pleased to find two pieces by Mary Roberts Rinehart included in the collection (publication date is September 25).

There is an additional resource: my new blog, American Women in World War I, where I cover women for whom I could not find a first-person account.
Posted by Elizabeth Foxwell at 7:03 AM No comments:

James Mason is the star and one of the producers in this tale of a British brain surgeon seeking vengeance after he discovers who is responsible for the death of the woman he loves.

The continuing contribution of Eric Ambler.

John Gray pens an appreciation in the BBC Magazine of the spy novels of Eric Ambler (e.g., Journey into Fear, The Mask of Dimitrios):

(thanks to the Law & Humanities blog)
Posted by Elizabeth Foxwell at 4:07 AM No comments:

This promotional trailer for Dark Hazard (a film about a gambler) not only features the film's star, Edward G. Robinson, but also the novel's author, W. R. Burnett (Little Caesar, High Sierra, The Asphalt Jungle), and Burnett's dog.

University of Montana law professor Bari Burke has initiated the blog "Montana's Early Women Lawyers" that seeks to highlight the contributions of pioneering lawyers such as Edna Rankin McKinnon, sister of Rep. Jeanette Rankin and a birth control activist who worked with Margaret Sanger. Burke also is posting historical newspaper tidbits from around the country pertaining to female attorneys, such as this knee-slapper from 1911:

"What’s the trouble?" inquired the judge.

"This lady lawyer wants to make a motion," explained the clerk, "but her gown is too tight.”

(thanks to the Law & Humanities blog)
Posted by Elizabeth Foxwell at 4:09 AM No comments: 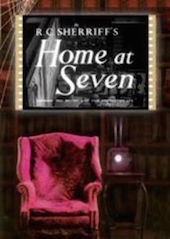 In this film directed by Ralph Richardson and based on a play by playwright-screenwriter R. C. Sherriff (Journey's End, The White Carnation; screenplays for The Invisible Man; Goodbye, Mr. Chips; No Highway in the Sky; etc.), Richardson is a bank official with a missing day in his life, and signs seem to point to his involvement in theft and murder. Margaret Leighton and Jack Hawkins costar. 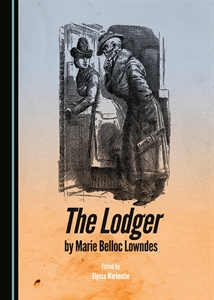 On September 1 Cambridge Scholars Publishing will issue a new scholarly edition of The Lodger by Marie Belloc Lowndes—a novel in which a landlady becomes suspicious of the activities of her tenant. It became a noteworthy early film by Alfred Hitchcock. The editor is Elyssa Warkentin (University of Manitoba), who has brought together The Lodger's original 1911 appearance in McClure's magazine and the 1913 novel version. It's an appropriate project for Warkentin, who had an article in Clues about early Jack-the-Ripper fictionalizations.

This whimsical infographic from BFI attempts to define the elements that compose a film noir such as "script based on American pulp fiction" and posts its finding for "the noirest film ever."
Posted by Elizabeth Foxwell at 4:07 AM No comments: