In the new issue of American Scholar, University of South Carolina law professor William J. Quirk examines F. Scott Fitzgerald's tax returns and draws some unexpected conclusions, such as refuting the common notion that Fitzgerald was a reckless spendthrift (surprising to anyone who has read Fitzgerald's letters to his editor, Max Perkins, as they usually include the writer's request for an advance on royalties). He also notes that Fitzgerald was paid more during his time in Hollywood ($1000 per week) than William Faulkner ($300 per week). Quirk estimates that Fitzgerald made an average of $24,000 per year, which translates, in today's dollars, to about $500,000 annually.

(Hat tip to PhiloBiblos. Photo of Fitzgerald, 1932, by Carl Van Vechten, Library of Congress, Prints and Photographs Division)
Posted by Elizabeth Foxwell at 5:06 AM No comments:

As first reported by the Gumshoe site and the Rap Sheet, Ray Browne died on October 22nd from congestive heart failure at the age of 87. He did much to nurture scholarship in popular culture, such as founding the first U.S. popular culture department at Bowling Green State University, the Popular Culture Association, and Popular Press. The latter first published Clues: A Journal of Detection, which was originally edited by Ray's wife, Pat, and is now edited by Margaret Kinsman (London South Bank University, UK) and me. Donations in Ray's memory may be made to the Ray and Pat Browne Popular Culture Library at BGSU, one of the foremost popular culture collections in the country.
Posted by Elizabeth Foxwell at 5:04 AM No comments:

The Australian Broadcasting Co.'s Book Show airs the PD James–Ruth Rendell appearance from the Cheltenham Literary Festival earlier this month.
Posted by Elizabeth Foxwell at 5:03 AM No comments:

Woolf's A Room of One's Own at 80 and
Val McDermid.

BBC Radio 4's Woman's Hour commemorates the 80th anniversary of Virginia Woolf's seminal work A Room of One's Own with this Oct 22nd program, including commentary by Val McDermid and Jill Dawson (author of Fred & Edie, a fictional retelling of the Thompson-Bywaters murder case).
Posted by Elizabeth Foxwell at 5:02 AM No comments: 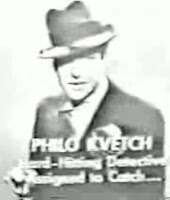 Among the characters of the delightful Soupy Sales, who died October 22nd at age 83, was hapless investigator Philo Kvetch in "The Adventures of Philo Kvetch." See a clip as part of Barry Mitchell's Soupy tribute "Come Pie with Me" or see below for "Fathom of Fear" as Philo continues his crusade against nefarious criminal The Mask (easy to spot by the paper bag over his head).

Web comic Dresden Codak presents "42 Essential 3rd Act Twists" across several genres, including these for mysteries and thrillers: "Killer solves own crime," "amnesiac villain kidnaps self," and "God did it."

(Hat tip to the Guardian books blog)
Posted by Elizabeth Foxwell at 5:01 AM No comments:

The body in the library?

Library consultant Jessamyn West has posted a funny (and appropriate) image of signage from the Howe Library in Hanover, NH.
Posted by Elizabeth Foxwell at 5:05 AM No comments:

An evening with James Ellroy.

James Ellroy appeared at Los Angeles's Hammer Museum on October 19 to discuss his new novel Blood's a Rover. Go here for the video.
Posted by Elizabeth Foxwell at 5:05 AM No comments:

The return of Sexton Blake.

Over on the Great War blog, George Simmers discusses the new collection Sexton Blake, Detective (ed. George Mann) published by Snowbooks. One of Britain's most popular detective-adventurers, Blake debuted in "The Missing Millionaire" in 1893 and had a long run in periodicals, silent movies, talkies, radio serials, and even a 1960s TV series.
Posted by Elizabeth Foxwell at 5:02 AM No comments:

In this interview on the New Books in History blog, Peter C. Mancall, author of Fatal Journey: The Final Expedition of Henry Hudson, describes what happened on the last voyage of the first European to explore New York's Hudson River region.

About the photo: "Henry Hudson, the celebrated and unfortunate Navigator, abandoned by his crew in Hudson's Bay the

11th of June, 1610." Library of Congress, Prints and Photographs Division.
Posted by Elizabeth Foxwell at 5:06 AM No comments:

There are fascinating pieces lurking in Clues back issues, such as one from issue 16.2 (1995) by University of Vermont English professor emeritus Allen Shepherd, "'Too Old for This Business': James Jones's A Touch of Danger." Jones (1921–77)—best known for From Here to Eternity (1951) and Some Came Running (1957)—also wrote a mystery novel, A Touch of Danger (1973), featuring private investigator Lobo Davies.

As Shepherd explains, Danger began life as the screenplay Hippy Murders for director John Frankenheimer. When it was clear that the project would not come to fruition, Jones decided to rework it as a mystery novel, patterning his detective after Raymond Chandler's Philip Marlowe (perhaps "Lobo" is a clue here, with its wolfish connotations and the PI's usual role as a "lone wolf"). On vacation in Greece, the middle-aged Davies encounters various

In an April 23, 1972, letter to Dell president Helen Meyer, Jones stated, "It is perfectly possible to write a book of high literary merit within the 'mystery form'" (qtd. in Shepherd 131. Dell, apparently, did not agree; it rejected the book, which was eventually sold to Doubleday). Shepherd notes, "As mystery fiction, Jones's novel does in fact have much to recommend it, for it is well conceived, with good structure and pacing..." (132). Robert F. Jones in the May 6, 1973, Washington Post Book World called it "a fast, colorful, flawed but fascinating private-eye thriller" (4). Anatole Broyard in the May 21, 1973, New York Times was more dismissive: "Reading 'A Touch of Danger' is like looking at an antiquated but solid old flick on late TV with a drink in your hand and a luxurious yawn gathering somewhere in your chest" (31).

About the photo: Author James Jones (right) with From Here to Eternity actor Montgomery Clift. Billy Rose Theatre Collection, NYPL.
Posted by Elizabeth Foxwell at 5:08 AM No comments: 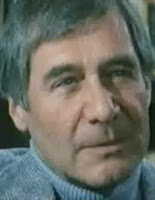 Two major mystery figures mark birthdays today: the late Evan Hunter, aka Ed McBain and a slew of other pseudonyms, was born today in New York City in 1926. Smart Set editor in chief Willard Huntington Wright—aka S. S. Van Dine, the creator of sleuth Philo Vance and the famous "Twenty Rules for Writing Detective Stories" (1928)—was born today in Charlottesville, VA, in 1888. He died in 1939.

You can see Hunter discussing his theory of the Lizzie Borden case here.
Posted by Elizabeth Foxwell at 5:07 AM No comments:

A. E. Housman on coroner's juries and author-publisher relations.

"We sat on five bodies: one laundryman who tied a hundred-weight to his neck and tipped over into the water-butt; one butcher's man who cut his throat with a rusty knife and died a week after of erysipelas (moral: use a clean knife on these occasions); one old lady who dropped down in a fit; one baby who died of convulsions; and one young woman who died of heart disease after eating spring onions for supper. I really do not know what is the good of a Jury or of witnesses either: the Coroner does it all: his mind seemingly is lighted by wisdom from on high, so he tells the Jury what their verdict is and the witnesses what their evidence is: if they make mistakes he corrects them."

And, as a special bonus, an extract from a June 8, 1905, letter from Housman to his publisher, Grant Richards:

Posted by Elizabeth Foxwell at 5:12 AM No comments:

New video has been added from the 2009 National Book Festival: Lee Child, Walter Mosley, and Daniel Silva. In addition, there's a podcast with Michael Connelly.
Posted by Elizabeth Foxwell at 5:06 AM No comments:

BBC Radio 7 takes a turn to the macabre this week with broadcasts of Nathaniel Hawthorne's "Dr. Heidegger's Experiment" (1837) and Wilkie Collins's "A Terribly Strange Bed" (1852). Go here for the schedule or to listen.

About the photo: Nathaniel Hawthorne by Matthew Brady, ca. 1855–65. Library of Congress, Prints and Photographs Division.
Posted by Elizabeth Foxwell at 5:04 AM No comments:

Academy Chicago Publishers continues its elegant reprints of Earl Derr Biggers's Charlie Chan novels with Charlie Chan Carries On (1930) and Keeper of the Keys (1932)—the latter, sadly, the last of the series.
Posted by Elizabeth Foxwell at 5:12 AM No comments:

I'm pleased to announce that thanks to the industry of Clues editorial board member Juana R. Young, who is associate dean of libraries at the University of Arkansas, and some equally energetic colleagues, Clues: A Journal of Detection now has indices posted online that encompass the entire run of the journal: from volume 1 (1980) to the present (volume 27). We hope that these free tools will help researchers and fans of mystery fiction.

On the Clues Web site, you can also consult the table of contents for the current issue, read past article abstracts, check our author guidelines for submissions, and see a Clues cover gallery since 2004.
Posted by Elizabeth Foxwell at 5:04 AM No comments:

Conan Doyle and Stoker, together again.

Valancourt Books has just reissued Arthur Conan Doyle's novella of science vs. the occult, The Parasite, and Bram Stoker's smuggling tale The Watter's Mou' (both 1894), which were the first two works in the Constable & Co. series called the Acme Library.

Pairing the creators of Sherlock Holmes and Dracula is not an outlandish idea; they did know each other. In Teller of Tales, Dan Stashower discusses the staging of Conan Doyle's play A Story of Waterloo by Henry Irving (Stoker was Irving's manager at the time), and both writers participated in the round-robin novel The Fate of Fenella (1892). The Valancourt edition of The 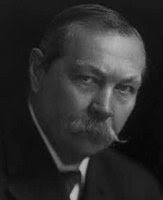 The Watter's Mou' includes a 1907 interview of Conan Doyle by Stoker.

Clues 27.2 has been published, which is a theme issue on lesbian crime fiction guest edited by Jacky Collins (Northumbria University, UK). The contributors look at works by—among others—American author Katherine V. Forrest, British author Stella Duffy, French author Maud Tabachnik, German author Thea Dorn (pictured on the Clues cover at left and scheduled to be a visiting professor at Dartmouth in spring 2010), and Spanish author Isabel Franc. Go here for the table of contents; here for more information on the journal.

The issue also includes some intriguing articles on class and conscience in Geoffrey Household's Rogue Male (1939) by Robert Lance Snyder; spiritualism in the work of Agatha Christie, Dorothy L. Sayers, and Josephine Bell by Victoria Stewart; and the importance of setting in Carlos Ruiz Zafón's The Shadow of the Wind (2004) and Dulce Chacón’s Cielos de Barro (2000) by Lorraine Ryan. Also featured are reviews of Leonard Cassuto's Hard-Boiled Sentimentality: The Secret History of American Crime Stories, Julia Jones's The Adventures of Margery Allingham, Sari Kawana's Murder Most Modern: Detective Fiction and Japanese Culture, and editor Edward J. Rielly's Murder 101: Essays on the Teaching of Detective Fiction.
Posted by Elizabeth Foxwell at 5:08 AM No comments:

Dial M for Mongoose:
The return of Chet Gecko.

These mysteries for children have some of the best pulpy covers in the business, as can be seen at left. My favorite of the punny titles is Farewell, My Lunchbag with the immortal epigraph "It's not over till the lunch lady sings." Number 7 in the series, The Malted Falcon, was an Edgar nominee.
Posted by Elizabeth Foxwell at 5:02 AM No comments:

Over on the Private Library blog, there's an interesting two-part discussion on collecting bibliomysteries—that is, those mysteries that center on books and the book world. Mixed in with the inevitable mentions of Raymond Chandler, Rex Stout, and John Dunning are some unexpected books, such as Carolyn Wells's Murder in the Bookshop (1936).

(Hat tip to PhiloBiblos)
Posted by Elizabeth Foxwell at 5:04 AM No comments:

The Australian Broadcasting Co.'s Book Show talks to Elmore Leonard here.
Posted by Elizabeth Foxwell at 5:02 AM No comments: