Libraries are always so interesting: a man's bookcase is something more interesting than the man himself, sometimes the one existing portrait of his mind.
—E. W. Hornung, The Crime Doctor

Sadly, Oscar—the only child of Hornung and Constance, Arthur Conan Doyle's sister—was killed in action at Ypres in July 1915. Seeking solace, Hornung served as a YMCA volunteer during the war—working in a canteen; maintaining a wartime library for soldiers in Arras, France, and a postwar one in the vicinity of Cologne, Germany; looking for friends of Oscar; and hoping to encounter Conan Doyle's serviceman son, Kingsley (who died of flu in 1918). His Notes of a Camp Follower on the Western Front (1919) tells about his war experiences and provides insight into what servicemen were reading (popular authors included Mary Elizabeth Braddon, Edward Bulwer Lytton, Marie Corelli, Anthony Hope, and E. Phillips Oppenheim). Interestingly, he reports only one reader for Wilkie Collins's The Woman in White. Pertaining to the works of his brother-in-law, he wrote, "Messrs. Holmes and Watson were the most flourishing of old firms, and Gerard the only Brigadier taken seriously at my counter" (Notes 141). His own output was not ignored:


"When I was up the line," said one of my friends, bubbling over with a compliment, "a chap said to me, 'You know that old—that—that elderly man who runs the Rest Hut? He's the author of Raffles.'"

Adds Hornung in mock outrage, "Elderly! One would as lief be labelled Virtuous or Discreet" (Notes 144–45). Hornung died of pneumonia in 1921 at 54, hardly an advanced age.

King relates that Hornung kept a diary between December 1917 and March 1918 that took the format of letters to his wife. He drew on this diary to write Notes, but King indicates that the diary reveals more about Hornung's reasons for war service than Notes does. Hornung's friend Shane Chichester preserved a typescript of the diary, which is now in the University of Birmingham's Cadbury Research Library along with other papers. King also provides a heart-warming glimpse of Hornung at work via the World War I memoir of Carlos Paton Blacker, Oscar's Eton classmate who became a noted psychiatrist.

King's article follows "The A. J. Raffles Stories Reconsidered: Fall of the Gentleman Ideal" by Jeremy Larance from the first 2014 issue of English Literature in Transition.
Posted by Elizabeth Foxwell at 4:01 AM No comments:

War, Buchan, and The Thirty-Nine Steps.

As part of BBC Radio 3's programming on the centenary of World War I, the program Free Thinking convenes John Buchan's biographer Andrew Lownie and Buchan companion author Kate Macdonald to talk about the place of his war experience in The Thirty-Nine Steps and the popularity of the novel with servicemen.
Posted by Elizabeth Foxwell at 4:02 AM No comments:

She left us in 2012, but her work lives on. Grand Master Dorothy Gilman was born today in 1923 in New Brunswick, NJ—just like her most famous creation, senior-citizen secret agent Mrs. Pollifax. Here is a behind-the-scenes look at the making of Mrs. Pollifax-Spy with Rosalind Russell.

In this 1949 episode of Suspense based on Cornell Woolrich's "Post Mortem" (Black Mask, Apr. 1940) and directed by Robert Stevens (Alfred Hitchcock Presents, Twilight Zone), a woman marries a doctor who has a disturbing track record when it comes to life insurance.

Peter O'Donnell's Modesty Blaise and Willie Garvin try to thwart a diamond robbery in this episode kicking off series 2 of BBC Radio 4 Extra's Modesty Blaise.
Posted by Elizabeth Foxwell at 4:02 AM No comments: 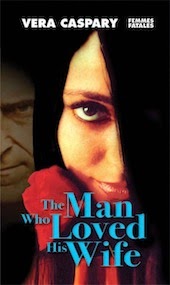 Somehow I missed the new entry in the Feminist Press series Femmes Fatales: Vera Caspary's The Man Who Loved His Wife (1966), which features a man who may have ulterior motives when it comes to his much younger wife. This novel, called a trompe l'oeil by Kirkus in its original release, follows FP's reissues of Caspary's Laura and Bedelia.
Posted by Elizabeth Foxwell at 4:07 AM No comments:

Author, Pulitzer Prize-winning playwright, and Provincetown Players cofounder Susan Glaspell (1876–1948) wrote the play Trifles —with women as far more observant of what has happened in a farmhouse than the male law enforcement officials—after covering the John Hossack murder case for the Des Moines Daily News in 1900. Trifles was first produced in 1916. Glaspell then adapted it as the celebrated short story "A Jury of Her Peers" (1917). Pamela Gaye Walker directed the 2009 short film of Trifles. Sally Heckel made an Oscar-nominated version of "A Jury of Her Peers" in 1980, following the version on Alfred Hitchcock Presents in 1961.

Today on BBC Radio 4 Extra's program The First Private Eye, Val McDermid talks about Allan Pinkerton, the groundbreaking private detective who thwarted a plot against Abraham Lincoln (as Daniel Stashower makes clear in the Edgar-winning The Hour of Peril).
Posted by Elizabeth Foxwell at 4:02 AM No comments: 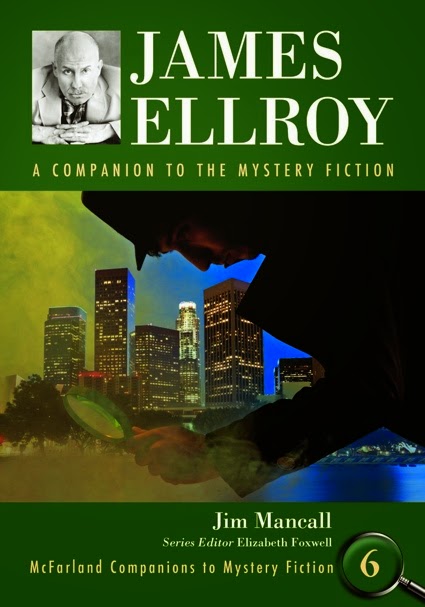 The latest review for James Ellroy: A Companion to the Mystery Fiction appears in Mystery Scene (no. 134), written by Jon L. Breen: "an ideal subject for the consistently excellent McFarland Companions series."
Posted by Elizabeth Foxwell at 4:07 AM No comments:

Why not celebrate Dorothy L. Sayers's birthday coming up on Friday by checking out the 1949 Suspense episode "Suspicion," based on the Sayers short story of the same name? Disregard the ID of Charlton Heston in this YouTube selection; there were two versions of "Suspicion" for Suspense, and this one is the Mar. 1949 version (Heston was in the Nov. 1949 version).

The Art Detective Web site seeks to connect UK public art collections, the public, and experts, providing a nexus of discussion about art and supplying missing information about artwork.
Posted by Elizabeth Foxwell at 4:01 AM No comments:

The arrival of the fat fall catalog from University of Chicago Press indicated that some goodies are in store for mystery fans:

In this February 1956 episode of Four Star Playhouse based on Cornell Woolrich's "Eyes That Watch You," Ida Lupino has some dark plans in store for her husband—but are she and her accomplice the only ones who know? Playing her brother is Richard Lupino (a cousin to Ida Lupino and Buster Keaton).

Posted by Elizabeth Foxwell at 4:00 AM No comments:

The British Library's online exhibition on "Discovering Literature: Romantics and Victorians" has some items of interest for mystery fans:

Note that the attribution for Revelations of a Lady Detective (1864) is incorrect; it is not by the pseudonymous Andrew Forrester (James Redding Ware), but rather William Stephens Hayward.

Update. The BL has corrected the attribution for Revelations of a Lady Detective.