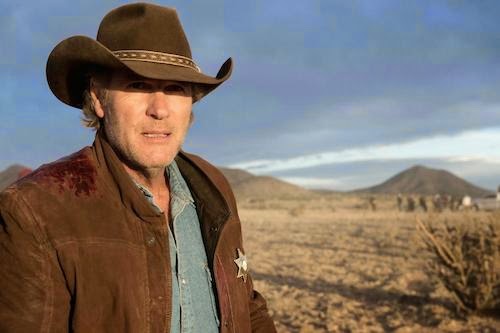 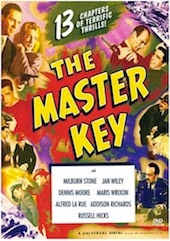 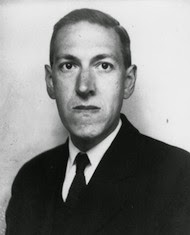 I really enjoy the Times Literary Supplement's "Then and Now" feature. One of the recent ones is Ursula Le Guin's 1976 review of Lyon Sprague de Camp's Lovecraft: "Lovecraft dangles like a rabbit from the jaws of his unconscious."

Of related interest: Brown Daily Herald on the real-life setting for Lovecraft's The Shunned House.
Posted by Elizabeth Foxwell at 4:02 AM 1 comment:

The "Literary Landscapes" online exhibition at the Boston Public Library includes the "Sherlock Holmes Mystery Map," "A Map of Narnia and the Surrounding Countries," a map from The Phantom Tollbooth, and "A Map of the Countries Near to the Land of Oz."
Posted by Elizabeth Foxwell at 4:03 AM No comments:

Femme fatale Lizabeth Scott died on January 31 at age 92. In Stolen Face, Paul Henreid—a doctor with Pygmalion tendencies—gets more than he bargained for when he performs plastic surgery on the face of disfigured prisoner Scott.

On the blog of NYPR Archives and Preservation, Andy Lancet, director of archives for New York Public Radio, recalls the role of WNYC in New York law enforcement, including the "singing safety policeman" of The Police Safety Program (1949–50).

Listen to some police safety songs below from the program.

A few years before Mary Roberts Rinehart published her first mystery novel The Circular Staircase (1908, sent to American servicemen during World War I), she wrote an engaging poem, "The Detective Story," which appeared in the May 1904 Munsey's Magazine. A tearsheet of this can be found in her papers at the University of Pittsburgh.

A murder is committed, and that page is full of gore,
Of smashed and broken furniture, and blood-stains on the floor.
A livid, ghastly corpse is quite essential to the tale,
And people standing round with trembling knees and faces pale.

Now introduce the town police, and ridicule their chief;
The way they miss the plainest clues is almost past belief.
Then, when they give the mystery up and start to leave the place,
Bring in the great detective with the shrewd and kindly face.

Now arm him with a camera, tape-measure, microscope;
At once he sees a thumb-print on a nearby cake of soap.
A speck of human cuticle is found upon the towel;
And now the great detective knows who did that murder foul!

Upon the floor he spies a pile of white tobacco ash—
With microscope in hand he's on his knees there in a flash.
"Aha!" he says at length. "The villain smoked a Henry Clay!
This is no common scoundrel, and he isn't far away."

He works with ready camera and piles up evidence,
While all the local force stand by and feel like thirty cents.
He pulls out secret drawers that no one ever dreamed were there,
And probes with needles fine and long the cushions of each chair.

With measure in hand he crawls along the hard-wood floor,
And measures all the scratches from the chimney to the door.
At last he rises, smiling. "Well, his shoes are B, size eight,
And by the length of stride he's five feet nine when standing straight.

"He wore a black and white checked suit; see, here I find a thread.
A soft slouch hat he had, crushed down upon his curly head.
How can I tell? Why, see this mark upon the dusty stand,
And on the chandelier I found this single curly strand.

"Now, then, we have a picture of the murderer complete,
His hat, his hair, his clothes, his height, and even size of feet.
Now just go to the window and look out—no need to hide—
For there's the man we're hunting walking down the other side!"

ENVOY
Oh, thanks to British Conan Doyle, to French Gaboriau.
And also many thanks to our own Edgar Allan Poe.
To them we owe a debt of gratitude that's hard to pay.
For teaching us to frustrate crime in such an easy way!
Posted by Elizabeth Foxwell at 4:04 AM No comments:

On Gary Shapiro's radio program From the Bookshelf, Barry Day (known for his works on Noel Coward) discusses his new book The World of Raymond Chandler: In His Own Words, in which he endeavors to show what Chandler thought of his own work. Day highlights Chandler's emphasis on language rather than plot or character, his admiration for the writing of F. Scott Fitzgerald, and his dislike of the work of Ernest Hemingway.