A milestone sneaked up on me: The Bunburyist has passed its 1 millionth view. When I began this blog in November 2005, I really had no idea if anyone would be interested in my posts (visitors probably have noticed that I am particularly fond of archival mystery goodies and exhibitions on mysteries, as I think these can tend to be overlooked and are valuable resources). In recent years, I've had to cut back on blogging because of work and writing commitments and the addition of my blog on US women in World War I—even wondering at times if I should end this blog. So, if you've ever stopped by, thanks.

Here are the top-10 posts with the most views:

7. "Iniquity is catching": Frank R. Stockton's The Stories of the Three Burglars (1889). Burglars bargain with a wronged homeowner in this work by the author of "The Lady, or the Tiger?"

4.  Hidden Fear (film, 1957). US cop John Payne works in Denmark to clear his sister of a murder charge.

3. "The Grave Grass Quivers," by MacKinlay Kantor. The poignant 1931 story by a Pulitzer Prize winner of a doctor who seeks to learn the fate of his long-missing father and brother.

2. "Committed" (with Alan Ladd, 1954). In this episode of GE Theater, a writer is framed for murder and confined to an asylum. 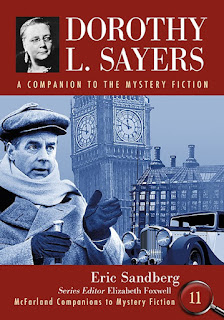 McFarland is having a 40% off sale on all its titles until Nov 28 with coupon code HOLIDAY22. It's a good time to stock up on the McFarland Companions to Mystery Fiction that I edit; check out the full companion lineup.
Posted by Elizabeth Foxwell at 7:26 AM No comments:

A friend of Sherlock Holmes.

In a blog post, Greenwich [CT] Historical Society curator Christopher Shields discusses the important role of journalist and novelist Irving Bacheller (1859–1950) in introducing Sherlock Holmes and other fictional figures to US readers. 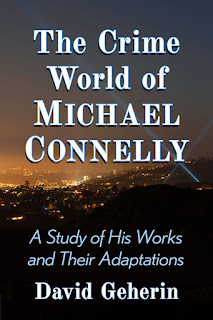 New from McFarland is David Geherin's The Crime World of Michael Connelly, which provides insight into characters such as Harry Bosch and Mickey Haller (aka the Lincoln Lawyer), media adaptations of Connelly's work, Connelly's technique, and Connelly's portrayals of LA and its police. I enjoyed looking at the final proofs of this book.

After last year's triumph with Is Superman Circumcised?, McFarland now has three nominees for this year's Diagram Prize for Oddest Book Title: 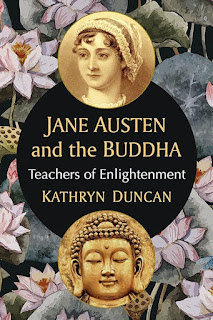 The other nominees are Frankenstein Was a Vegetarian: Essays on Food Choice, Identity, and Symbolism by Michael Owen Jones (UP of Mississippi); Smuggling Jesus Back into the Church by Andrew Fellows (IVP); and What Nudism Exposes: An Unconventional History of Postwar Canada by Mary-Ann Shantz (U of British Columbia P).

Members of the public may cast their vote for the award (the deadline is November 26).