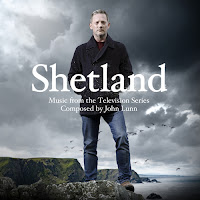 For those who enjoy Ann Cleeves's mysteries and their adaptation as the television program Shetland, Silva Screen has just released a CD of John Lunn's music from the TV series (individual tracks also available).
Posted by Elizabeth Foxwell at 4:06 AM No comments:

In Cry Wolf, Barbara Stanwyck arrives at an estate expecting to attend the funeral of her husband but encounters a household controlled by a sinister Errol Flynn. Based on Cry Wolf (aka The Demarest Inheritance) by future Edgar nominee Marjorie Carleton, the film costars Geraldine Brooks, Richard Basehart, and Jerome Cowan.


In the 13 Nov 1977 Los Angeles Times, author-critic Dorothy B. Hughes made 23 selections for a classic mystery library. Hughes defined a classic as "a book to which you return over and again ... primarily because for you it satisfies a hunger for the felicity of beauty and craft..."(N3). For Hughes, "style is the most important element in any mystery, let alone a classic" (N3).

Hughes did not include any works by Arthur Conan Doyle and Erle Stanley Gardner (although Hughes would publish a biography of Gardner), explaining that in the case of these and some other authors (such as Ellery Queen), their body of work constitutes the classic rather than a single book. Hughes's choices for her classic mystery library are the following:

In Bon Voyage, a short film directed by Alfred Hitchcock for the British Ministry of Information, a French intelligence officer questions an RAF sergeant about his escape from France, as the involvement of a German agent is suspected. The film is in French (with English subtitles), with John Blythe as the sergeant and members of the Molière Players in the other roles.

CFP for essay collection on the cozy.

La Salle University's Phyllis Betz (Katherine V. Forrest: A Critical Appreciation; Lesbian Detective Fiction: Woman as Author, Subject and Reader) plans to compile a collection of essays on the cozy mystery. Prospective topics/approaches of interest include the following:
Have questions or seek further information? Contact Betz.
Posted by Elizabeth Foxwell at 4:03 AM No comments:

In The Spider and the Fly, a French intelligence official (Eric Portman) is forced to turn to a gentleman thief (Guy Rolfe) during World War I to crack a safe that holds a list of German agents. A woman (Nadia Gray) loved by both men provides additional complications. Maurice Denham and Sebastian Cabot costar.

After a fortuneteller is murdered in Five Angles on Murder, a police superintendent (Duncan Macrae) finds that those in her circle have different views of her, such as her housekeeper (Hermione Baddeley), her sister (Susan Shaw), her sister's boyfriend (Dirk Bogarde), a pet store owner (Charles Victor), and a sailor (John McCallum). The film is directed by Anthony Asquith. 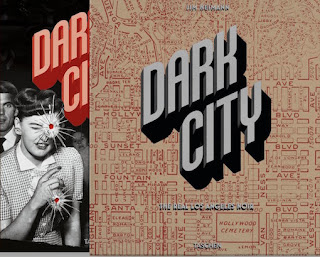 Inside Hook discusses with Jim Heimann his new book Dark City: The Real Los Angeles Noir, which features photographs of the real-life locations that inspired writers (such as that pertaining to the Black Dahlia case and those used by Raymond Chandler).
Posted by Elizabeth Foxwell at 4:02 AM No comments: