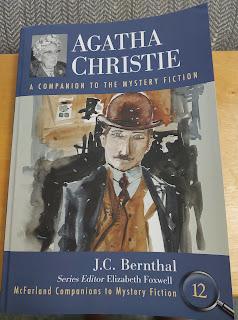 Just published is Agatha Christie: A Companion to the Mystery Fiction by J. C. Bernthal, vol. 12 in the McFarland Companions to Mystery Fiction series that I edit. It is a comprehensive look at the career of the popular creator of Hercule Poirot, Miss Jane Marple, Ariadne Oliver, Parker Pyne, and a host of other memorable mystery characters and plots. The book includes discussion of never before seen material, such as an unknown Australian adaptation of a Christie short story.

The Penn Books Center blog focuses on the Hardy Boys series, including the original series from the Stratemeyer Syndicate and follow-up series such as the Hardy Boys Casefiles, Hardy Boys Adventures, and Hardy Boys: Undercover Brothers. You also can find out about the Hardy Boys book that is the most rare.

I have new ebooks available of two of my books: 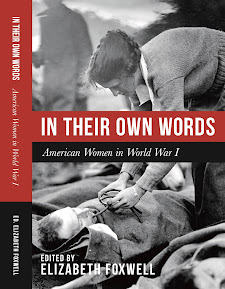 In Their Own Words: American Women in World War I presents first-person accounts by American women who served in World War I. Combating restrictions on the duties they could undertake, these women often faced discrimination, danger, and even death in their desire to serve their country, the men in combat, and the civilians suffering the effects of war. Their roles included ambulance driver, canteen worker, clerk, entertainer, fingerprint expert, librarian, nurse, physician, relief worker, reporter, stenographer, and switchboard operator. Cover design by Karen Jackson. 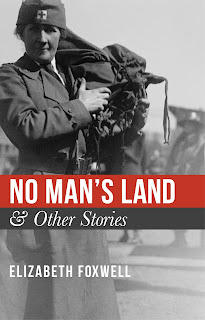 • No Man's Land and Other Stories is a collection of my (mostly historical) mystery short stories (although it does include an affectionate pastiche of Sherlock Holmes and Dr. Watson). It includes "No Man's Land" (Agatha winner, Macavity nominee) and "Keeper of the Flame" (first-prize winner, 2003 Cape Fear Crime Festival Short Story Contest). Settings range from the Civil War and the Titanic to World War I and the 1918 flu pandemic, including figures such as Dorothea Dix, Alice Roosevelt Longworth, and Oscar Wilde. Cover design by Karen Jackson. 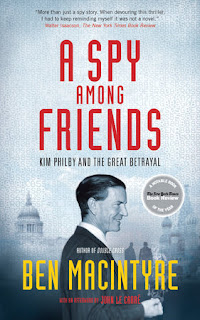 On the International Spy Museum's SpyCast podcast, museum curators Andrew Hammond and Alexis Albion discuss Kim Philby (1912–88), a member of the notorious Cambridge Spy Ring, and his effect on Cold War intelligence.
Posted by Elizabeth Foxwell at 4:07 AM 1 comment: