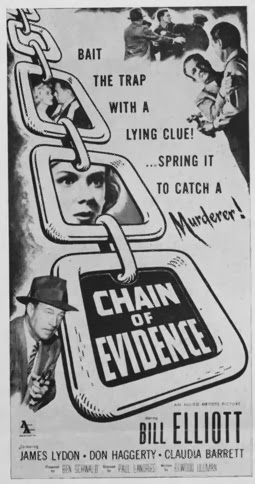 The latest episode of the Warner Archive Collection podcast discusses the release of Bill Elliott Detective Mysteries (1955–57), a DVD of films with Elliott as a detective working in the LA sheriff's office:

• Dial Red-O (disturbed veteran is accused of killing his wife)

• Footsteps in the Night (Elliott on the trail of a strangler)

Other podcast episodes include: