Note: This continues my occasional series on the Haycraft-Queen Cornerstone list (those mysteries deemed essential by Howard Haycraft and Ellery Queen).

". . . the theories of a generation reared on crook dramas and
detective novels are hardly worth taking seriously"
(Was It Murder? 65–66).

Colin Revell, an Oxford graduate halfheartedly working on "a full-length satirical epic in the manner and metre of Don Juan," is summoned by the headmaster of his alma mater Oakington school because of his reputation as a "neat solver of mysteries" (2–3). A wealthy young pupil has met with an "accidental" death, leaving his fatuous cousin, a teacher at the school, as the prime suspect. Soon the appearance of two additional bodies and an attempt on Revell's life complicate the case.

Obviously, both Goodbye, Mr. Chips and Was It Murder? benefit from Hilton's background---his father was a schoolmaster. Hilton's pacifist sentiments are evident in the novel, as seen in the remarks of the shellshocked teacher Lambourne: "After seeing three years of purposeless slaughter backed by all the forces of law and religion, I find it hard to share in the general indignation when somebody tries on a little purposeful though no doubt unofficial slaughter on his own" (49). An interesting twist is the failure of the amateur sleuth and the triumph of the shrewd professional policeman, contrary to the usual brilliant amateur/bumbling official scenario.

Was It Murder? is not currently in print, but a number of used paperback editions are available (e.g., Dover, Bantam). 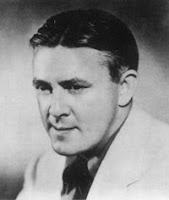