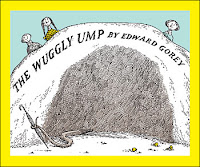 Noted artist with a bent for the macabre Edward Gorey was born today in Chicago in 1925. In addition to books such as The Wuggly Ump (1963), he produced the opening titles for the PBS Mystery! series and the stage design for the Broadway production of Dracula starring Frank Langella. 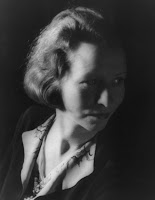 Pulitzer Prize-winning poet Edna St. Vincent Millay was born today in Maine in 1892. As I noted in my spring 2003 Mystery Scene article "'Me and Eddie Poe,'" Millay dabbled in mystery, producing a handful of stories that included "The Murder in the Fishing Cat," which was published in the May 1950 EQMM and a few anthologies.
Posted by Elizabeth Foxwell at 8:08 AM